Winding Down 2019: Some Reading Recommendations, a Movie, and an Album for the Holidays

Well, dear reader, what a year! I'm going to step away from the blog for the holidays, but before I go, I wanted to leave you with a few recommendations for your festive season.

Many people will be hitting the road this week for the holiday travel, so here are three books I enjoyed this year that I hope will help entertain you at the airport or on the train.

Murder Lo Mein by Vivien Chien
This wonderful novel is the best cozy I read this year. Centered around Lana Lee and her family's Chinese restaurant in Cleveland, the novel involves a cooking contest, a crooked food critic, and lots sweet moments about working with and understanding your multi-generational family.

Killer Reunion by Richard Stevenson
Though this novel is set in the summer, it's the perfect read for a comedic take on facing family you don't often see. Private-Eye Don Strachey has to solve a murder at his partner's family reunion. Like the other Strachey  mysteries, this book is full of humor and a great plot. 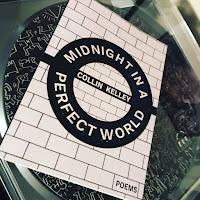 Midnight in a Perfect World by Collin Kelley
For the poetry fans out there, this wonderful collection about love and wanderlust is a great read for those using the holiday season to get away for some R and R. Collin envisions travel as a means for self-discovery. A delight.


A Holiday Album and Film

This fall, I've rewatched all of Whitney Houston's films and listened to their corresponding soundtracks. I've been a big Whitney fan for a long time, and the rewatch brought me a lot of joy and nostalgia. The project that surprised me most was The Preacher's Wife, a Whitney era that I hadn't revisited in a long time.

Directed by the legendary Penny Marshall (who passed just before last Christmas), The Preacher's Wife  tells the story of an angel coming to earth to help a minister and his wife save their struggling church and marriage. It's leisurely paced but it brought me a wave of nostalgia for the 90s (especially as church figured so heavily in my childhood). This was Whitney's third film, and she's good as the feisty, strong-headed Julia. However, she comes alive most in the music scenes, as she leads a phenomenal gospel choir.

That brings me to The Preacher's Wife: Original Soundtrack Album. Though billed as a soundtrack, this is a straight-up Whitney record. She worked closely with Mervyn Warren to produce the record, and given her roots in gospel, the album perfectly captures the sound of choral seasonal fair, including a celebratory version of "Joy." There are great pop moments too: a wonderful cover of "I Believe in You and Me" (featured in two different versions), the under-appreciated Babyface gem "My Heart is Calling," and a transcendent take on "Step by Step" (my favorite Whitney track) written by and featuring the backing vocals of Annie Lennox. The album is a wonderful piece of work to soundtrack not only the film, but also the holiday season. No wonder it is the best selling gospel album of all time!

Dear reader, I hope these recommendations brighten your travels. I wish you a beautiful holiday season full of laughter and love. See you in the new year.
Email ThisBlogThis!Share to TwitterShare to FacebookShare to Pinterest